Memorial Day a Time to Remember

To all the Troops Past and Present, THANK YOU!!!
You didn't ask to be there, but Thank God you are!
To a Great video to Thank All The Troops! http://www.watt-up.com/videos/thankyou%20troops.htm
Posted by Watt-up.com at 11:42:00 AM 0 comments

Email ThisBlogThis!Share to TwitterShare to FacebookShare to Pinterest
Labels: thank you troops, troops

Selena Gomez is Smoken Hot in new bikini pics, down side is Justin Bieber is with her in most.
5,000 tween hearts are breaking that Justin Bieber has a so-called girlfriend????
Guys are throwing-up seeing this little boy groping her???
Now here's where there are 2 sets of rules, if you're a Hot Babe that's 19 and you're running after a tween star that looks 12 but is really 16 that's OK??? But if your a guy thats almost 19 and your dating a little girl that's just barley 16 you go to jail????
Go figure?????
Just seems wrong, if you know what I'm sayng?
Selena is Hot, and it's getting her in the news, most didn't know who the hell she was until TMZ reported the story they were dating???
Hey enjoy the pictures of her, she is Smoken Hot!
To over 140 pics New Selena Gomez Hot Bikini Photos with Justin Bieber
To Selena Gomez Picture Gallery #1
Posted by Watt-up.com at 1:05:00 PM 0 comments

Cat Deeley - So You Think You Can Dance

Last night was the season premier of So You Think You Can Dance and if the rest of the season is as good as last night, they have a winner!
So You Think You Can Dance has produced such Hotties as Chelsie Hightower and Lacey Schwimmer from Dancing with the Stars!
If you haven't ever watched So You Think You Can Dance, you need to!
It is a show that makes you wish you could dance 1/10 as good as they do, their raw talent is unbelivable.
Like all other so called reality series it has its up and downs, last year was a little overwhelming when it came to the judges-choreographers inflating their own egos, but over all a 9 out of 10.
Glad to see Mary Murphy back, she is one crazy lady that you just love, and of course Hottie Cat Deeley is back with those leggggggs!

Petra Nemcova Should have made it to the Finals in Dancing with the Stars!

Now that all the excitement of Dancing with the Stars is over, what’s up with Petra Nemcova getting voted off weeks ago and Kirstie Alley making it to the Finals?????????
Come-on Kirstie Alley could not dance on the level of Petra Nemcova, that was so apparent on the final show when Petra came back and danced.
She’s been gone for weeks and still came back and danced circles around Kirstie Alley!
Answer: Us guys are Lazy and didn't vote for Petra and there are a lot of Fat out of shape women that voted week after week for Kirstie Alley!
Enough said, go to Petra Nemcova and enjoy what a Real, Hot, Dancer, Should look like!
To Petra Nemcova Photo Gallery
To Sexy Ladies of Dancing With the Stars
Posted by Watt-up.com at 1:03:00 PM 0 comments

Tonight season results show on Dancing with the Stars!

Who will win???
I really think Hines Ward and Kim Johnson will be the winners!
I would have gone with Chelsea Kane and Mark Ballas but Mark Ballas is just too freaky, and I’m not the only one that feels this way.
Howard Stern, who we love, dislikes him as much if not more than I do, and I think a lot more people too.
Kirstie Alley and Maksim Chmerkovskiy should have been gone after the third week!???
Ya we love Kirstie, and she is funny as hell, but come on she’s really not a good dancer!
Tune in tonight to watch the results shows, and see who wins the multimillion dollar Mirror Ball Trophy!
To Chelsea Kane Picture Gallery
To Kym Johnson Picture Gallery
To Kirstie Alley Photo Gallery
To Sexy Ladies of Dancing With the Stars
Posted by Watt-up.com at 12:01:00 AM 0 comments

Our Favorite Haley Reinhart gets the Boot from American Idol!

Sad night for me, an even sadder night for Haley Reinhart as America vote Haley off American Idol!
This season the last 3 contestants I will say are the most evenly matched to date!
I will be buying Haley Reinhart's CD if and when she releases one, and I really think she will??????
Haley Reinhart just gets me going, that curly hair and sexy petite frame along with her voice just make her a solid 10, The Girl Has Talent!
To Haley Reinhart Picture Gallery
To Sexy Ladies of American Idol
Posted by Watt-up.com at 12:03:00 AM 0 comments 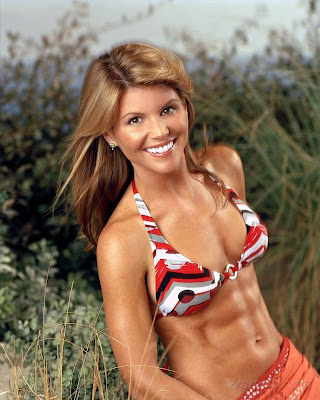 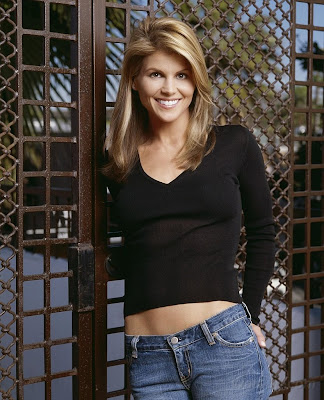 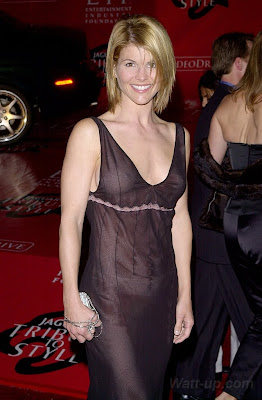 I was all set to post some bikini pics of Miley Cyrus when I saw these older photos of Lori Loughlin, she is one of my favorite of all time!
Lori's beauty is timeless!
All I can say is Enjoy, I know I am!!!
To Lori Loughlin Picture Gallery
Posted by Watt-up.com at 12:01:00 AM 0 comments

Stephen Hawking: 'There is no heaven; it's a fairy story'

In an exclusive interview with the Guardian, the cosmologist shares his thoughts on death, M-theory, human purpose and our chance existence More:

Email ThisBlogThis!Share to TwitterShare to FacebookShare to Pinterest
Labels: News

Ralph and Karina get the Boot on Dancing with the Stars!

Dancing with the Stars Kym Johnson - most Popular!!

With her injury, perfect scores and the nip-pasty slip last night her page views went through the roof!
So glad you're OK Kym, just wouldn't be right if you were out with an injury.
Re-run: That's right guys out of all the Pro Dancers on Dancing with the Stars Kym Johnson gets more hits than any of the other Pro Dancers!
Its been that way since Julianne Hough left Dancing with the Stars, even when Kym and her partner in the past got eliminated, she still stayed in the lead.
Added over 30 new pics to her Gallery.
Enjoy!
To Kym Johnson Picture Gallery
Posted by Watt-up.com at 12:01:00 AM 0 comments