Happy Thanksgiving - To all you Troops, THANK YOU!!! 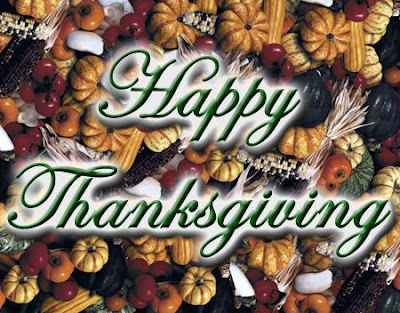 To all you Troops, THANK YOU!!!
You didn't ask to be there, but Thank God you are!
To a Great video to Thank All The Troops! http://www.watt-up-1.com/videos/thankyou%20troops.htm
Thank You!
America!
Posted by Watt-up.com at 12:14:00 AM 0 comments

Links to this post
Email ThisBlogThis!Share to TwitterShare to FacebookShare to Pinterest
Labels: thank you troops, troops

No One Puts Baby in a Corner!
I'll write more on this Season 11 this weekend, I'm not letting the Bristol Palin Madness Madness go without comment!
Congratulations Jennifer Grey you Deserve IT!

To Jennifer Grey Picture Gallery
Posted by Watt-up.com at 12:01:00 AM 0 comments

To Jennifer Grey Picture Gallery
Posted by Watt-up.com at 5:17:00 AM 0 comments

Even though Anne Hathaway is covered in Entertainment Weekly, 26 Nov issue, we'll take it!
According to EW: Jake Gyllenhaal and Anne Hathaway’s new romance, Love & Other Drugs, is arguably the sexiest movie of the year.
Throughout the R-rated comedic drama (in theaters Nov. 24), they reveal nearly every inch of their enviably toned bodies!
Looks like we'll be going to see that one.
To full size Anne Hathaway topless but covered photos
To Anne Hathaway Picture Gallery
To Anne Hathaway Bikini Picture Gallery
Posted by Watt-up.com at 12:01:00 AM 0 comments

Man shoots his TV in anger after seeing Bristol Palin moves on Dancing With The Stars.

Angry: Steven Cowan, 67, was arrested yesterday for blasting a shotgun at his TV because he thought Bristol Palin was a bad dancer
A 67-year-old man from Wisconsin was arrested by police yesterday for shooting his TV because he was so enraged with Bristol Palin's moves on Dancing With The Stars.
Steven Cowan apparently told authorities that he felt Bristol was not a good dancer and was only on the show because of her famous mother, former presidential candidate Sarah Palin.
After Monday's show when Bristol performed the Paso Doble with her partner Mark Ballas, Cowan got so angry that he fired at his television set.
He apparently jumped up, swore at the TV and said something about 'the (expletive) politics'. He then got his shotgun and fired it into the TV.
He then aimed the gun at his wife but she managed to escape from the house unharmed.
The SWAT team surrounded his house after the shots were fired but negotiators managed to talk Cowan into surrendering early yesterday morning after a 15-hour stand off.
Authorities claim Cowan suffers from bipolar disorder and had been under stress of a financial situation and was receiving care from a mental health program.
He was charged with 2nd degree reckless endangerment and could face up to 10 years in prison if convicted.
Bristol Palin has astounded critics by getting into the final of the hit dancing show even though she had consistently got low scores and been at the bottom of leader board six times.

Shock: Fans of Dancing With The Stars were stunned that Bristol Palin it made it to the final of the TV show while favourite Brandy was eliminated last night
But she got her highest ever scores on Monday and with the help of the public vote, secured her spot sending expected finalist Brandy home.
From: dailymail.co.uk
To Jennifer Grey Picture Gallery
To Bristol Palin picture gallery
To Brandy Norwood Picture Gallery
To Sexy Ladies of Dancing With the Stars
Posted by Watt-up.com at 3:19:00 AM 0 comments

Links to this post
Email ThisBlogThis!Share to TwitterShare to FacebookShare to Pinterest
Labels: Brandy Norwood, Bristol Palin, Dancing with the Stars Season 11

Eva Longoria and Tony Parker are getting a Divorce

Brandy voted off Dancing With the Stars - What BS!

In what is a shock to everyone Brandy got the boot from viewers on Dancing with the Stars, or did she? I'm not a big fan of Brandy, but she sure as hell is better than Bristol Palin!!!!!!!!!!
I've said for the last five weeks, Who is voting for Bristol Palin?
Well ABC who is voting for Bristol Palin?
We want to know, show us your call log print outs!
Quit telling us about how many votes you received, we the viewers want you to prove it to us!
I'm guessing the fact that Brandy has Maksim Chmerkovskiy as a partner may have influenced votes for her, but come on she was the only real competition for Jennifer Grey.
While I'm on my ranting rave, I'm glad to see Maksim Chmerkovskiy Gone, I had only hope to see Lacey Schwimmer go first.
What's up with Mark Ballas is he the new poster child for Maybelline makeup?
I still love Dancing with the Stars, but I know I'm not alone in my dismay of just what the hell is going on!
Dancing show America, not a Fu%$ing Tea Party Movement!
Come on ABC give us the proof!
To Jennifer Grey Picture Gallery
To Bristol Palin picture gallery
To Brandy Norwood Picture Gallery
To Sexy Ladies of Dancing With the Stars
Posted by Watt-up.com at 10:04:00 PM 2 comments

Just added Brandy Norwood photos gallery!
Enjoy!
To Brandy Norwood Picture Gallery
To Sexy Ladies of Dancing With the Stars
Posted by Watt-up.com at 7:17:00 AM 0 comments