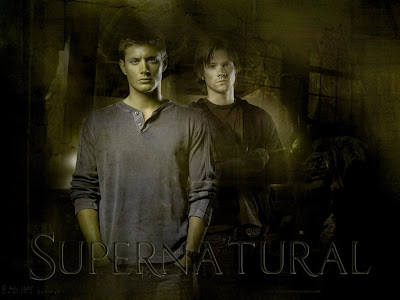 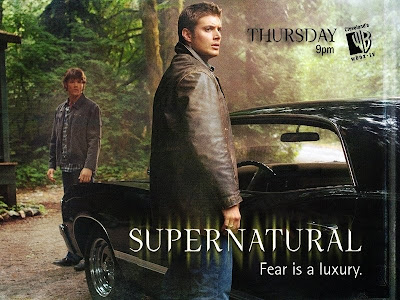 Sorry I forgot to tell you about the season opener last Friday, don't miss it tomorrow night!
The CW network yet again will have my happy little ass planted in front of it!
Supernatural is a show I love, and one I don't have to watch to keep up on celebrity news, but one I want to watch.
Sorry about the old pic, its on Fridays!
Did I mention the hot ladies on it?
Posted by Watt-up.com at 9:57:00 PM 0 comments

Email ThisBlogThis!Share to TwitterShare to FacebookShare to Pinterest
Labels: Supernatural

Chelsie Hightower Gets the Boot on Dancing with the Stars - Sucks!

Renee Olstead - The Secret Life of the American Teenager - Photos

Out of all the ladies on The Secret Life of the American Teenager Renee Olstead definitely has the best boobs!
Come on I admit I watch the show, and I'm sure a lot of you do to?
If you haven't, you need to, the show has some really good points on teenage pregnancy, even though most of the girls aren't teens.
Hey, there's enough cleavage for anyone!
This Secret Life of the American Teenager will be back next summer, but I'm sure there are reruns on now, it's on ABC family.
Just added gallery of Renee, with over 200 pictures.
Enjoy!
To Renee Olstead Picture Gallery
Posted by Watt-up.com at 12:01:00 AM 0 comments

Jennifer Grey still has it!

Can you believe Jennifer Grey is 50 years old?
Damn she looks good!
I think Jennifer will be one of the top three contenders on Dancing with the Stars, if not the winner?
Not only does she looked fantastic, but she proved she can still dance!
Just added a full gallery of 127 pictures, and guess what?
Jennifer has done some nudity in her movie career, take a look at the gallery you'll see what we're talking about.
Enjoy.
To Jennifer Grey Picture Gallery
Posted by Watt-up.com at 1:22:00 AM 0 comments

Courtney Thorne Smith is Just Plain Smoken Hot every time she is on Two and a half Men!
If she would have showed more of these +10 boobs on According to Jim, that may not have been canceled?
We're just Glad she is on Two and a half Men, and hope she sticks around longer than Kandi (April Bowlby) did!!
To this Hot sexy Teddy video clip
To the rest of Courtney Thorne Smith Sexy Teddy Pictures
To Courtney Thorne-Smith Gallery
Posted by Watt-up.com at 12:01:00 AM 0 comments

Kym Johnson Gets the Boot on Dancing with the Stars - Sucks!

It so sucks that Kym Johnson gets the Boot on Dancing with the Stars on the first night, we can thank David Hasselhoff!
I know I don't want to see him, and apparently no one else does.
Does he really think that we were watching him all those years on Baywatch?
Like we want to see his half naked ass running down the beach, David we were watching Yasmine Bleeth!
Anyway sad to see Kym Johnson already out of the competition.
Hopefully we'll see her on some specialty dances?
Just added 45 new pictures to Kym's gallery.
Enjoy!
To Kym Johnson Picture Gallery
To Newest pics of Kym Johnson
Posted by Watt-up.com at 12:01:00 AM 0 comments

Dancing with the Stars – Glad it’s back but still undecided

Dancing With The Stars Season 11 - WTF

So you all know in the past seasons I have been a big supporter of Dancing with the Stars, this season looks to be a big disappointment!
Where the hell did they find so many D listers?
Hell there are some that aren’t even D listers.
Bristol Palin you got to be shitting me, famous for being the daughter of a vice president candidate that lost, got impregnated by some honky-tonk loser guy, who posed for Playgirl, shit I’m dumbfounded could ABC look no deeper than E Entertainment filler material candidates?
The list looks like an advertisement for MTV bull shit reality shows?
We were really hoping even though we like Audrina Patridge that she would fall off the radar and finally do more nudes - NSFW, better yet Playboy magazine, wait didn’t they turn her down already?
Yes I will be watching it Monday and Tuesday night just to see how good-bad it is?
This could have been ABC’s chance to Shine and take over the number one position for ratings an entire year, as American Idol is on its last leg?
I’m waiting for some good pictures to put up, they’re really aren’t any yet, and ABC’s web site is a freaking joke, unless you want to watch 30 seconds of advertisement for every picture.
Check out who’s on (below) then watch Dancing with the Stars Monday and Tuesday premier nights!

Kate Gosselin lookin HOT, and a 10 ass to boot!
I know, I know the body's had a lot of help, but shes smiling!
Sure its for the pic, but we can hope?
She still has those sooooo sexy eyes, and a 10 ass, we can hope that the bitch factor may be lessing, is that a word, you know what I mean?
To the rest of Kate Gosselin bikini pics
Posted by Watt-up.com at 12:01:00 AM 0 comments

Jewel on America's got talent! 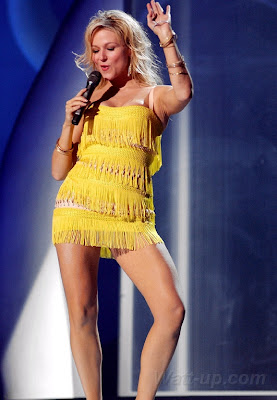 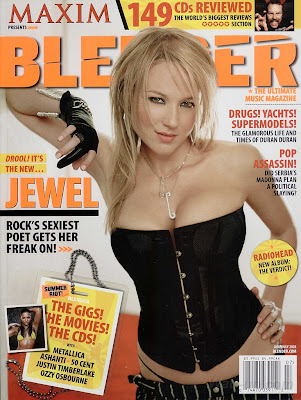 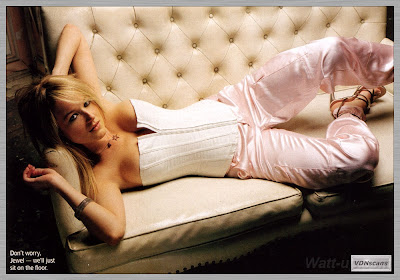